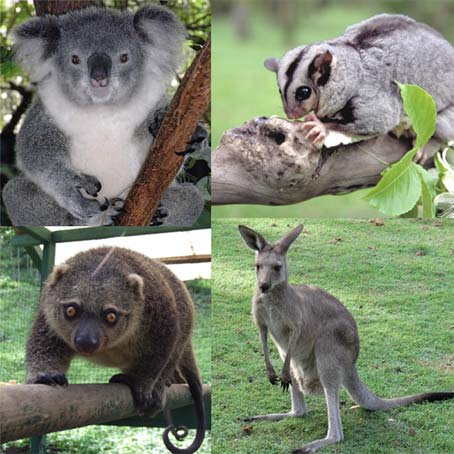 Click the button below to read a random site article


It has been hard to know what the number of animals killed so far in the Australian fires is, but HALF A BILLION has been estimated, according to sydney.edu.au. A huge number of additional animals are injured. The numbers are overwhelming animal refuges.

Even after the fires have eventually subsided, animals will die due to habitat destruction, food and water shortages. There is also an extinction crisis happening.

How Can I Help?

Many animal lovers have been reduced to tears at seeing the suffering of the animals in Australia. The feeling of helplessness is immense, but do not feel helpless any more, as there are a number of ways you can help. One way is making a financial contribution, and although this is very much in need, it is not the only way you can help. Read on to find out the different ways you can make a difference.

An important thing to stop the Australian bush fires getting worse every year, is to look at how you can help combat climate change. You can recycle, drive an electric car, stop using disposable products, stop taking flights, install solar panels, etc, but there is one thing you can do that has more effect than all those things together: stop supporting animal agriculture.

Image: Of course the Australia fires causing such catastrophic suffering to animals is just one way climate change is causing terrible animal suffering…

Animal agriculture is more harmful to the planet than all the transport in the world put together – including all the flights. It is one of the top two causes of climate change, the other being fossil fuels.

By stopping funding animal farming by going vegan, you will be helping animals by:

You may think that you cannot do much as just one person, but going vegan is the single most effective change you can make to help combat climate change and help animals. You can find lots of help and support regarding going vegan here. If not for animals or the planet, do it for your health.

Droughts are another result of climate change. South Australia is badly drought hit, so they are culling over 10,000 camels because they drink too much water. They are also being culled because they produce too much methane, even though it is a fraction of the methane produced and water used by the animal agriculture industry.

Another way to avoid funding the animal agriculture industry is to get your energy from planet friendly companies, such as Ecotricity. While the other energy companies use products from animal agriculture in their production of energy, Ecotricity is the only one who has confirmed it does not. The company will even donate Ā£50 to the SydandKyd Vegan Power campaign, if you sign up, here.

If you enjoy crafting, did you know you can use your skill to help animals, including Australian animals who are particularly in need at the moment?

There are groups to join, some specifically to help the Australian animals. Have a look here to see how you can help.

You Can Donate Funds…

WIRES is an emergency fund for wildlife who is involved in the rescuing of animals affected by the Australian bush fires. You can donate to them on the WIRES website, or on the WIRES Facebook page. You can also donate to WIRES via PayPal.

TheĀ RSPCAĀ need donations to help them rescue and evacuate threatened animals, as well as assist at evacuation centres. They will also use donations to treat injured animals and pets. You can make a donation to theĀ RSPCA NSW here.

The World Wildlife Fund, will use donations to help restore the āKoala Triangle,” a portion of Australiaās east coast hit hardest by the fires.

Port Macquarie Koala Hospital is installing koala water stations in burnt areas to prevent animals dying from dehydration. They are also establishing the worldās first wild koala breeding program. You can donate to their GoFundMe here.

IFAW, The International Fund for Animal Welfare reports that they are in dire need of support to help the animals. You can donate to IFAW here.

If You Prefer To Donate Supplies…

Rather than cash, some people prefer to donate supplies. The Rescue Collective, a group based in Brisbane, allows you to do this. You can buy supplies online and have them delivered to where it is needed. The Rescue Collective needs food, medical supplies, bedding and more. Just have a look on theirĀ current wish list on Facebook.

Thank you for caring enough about animals to read this blog. To find out many ways you can help animals, have a look at the website ManyWaysToHelpAnimals.com

This website uses cookies to improve your experience while you navigate through the website. Out of these, the cookies that are categorized as necessary are stored on your browser as they are essential for the working of basic functionalities of the website. We also use third-party cookies that help us analyze and understand how you use this website. These cookies will be stored in your browser only with your consent. You also have the option to opt-out of these cookies. But opting out of some of these cookies may affect your browsing experience.
Necessary Always Enabled
Necessary cookies are absolutely essential for the website to function properly. This category only includes cookies that ensures basic functionalities and security features of the website. These cookies do not store any personal information.
Non-necessary
Any cookies that may not be particularly necessary for the website to function and is used specifically to collect user personal data via analytics, ads, other embedded contents are termed as non-necessary cookies. It is mandatory to procure user consent prior to running these cookies on your website.
SAVE & ACCEPT